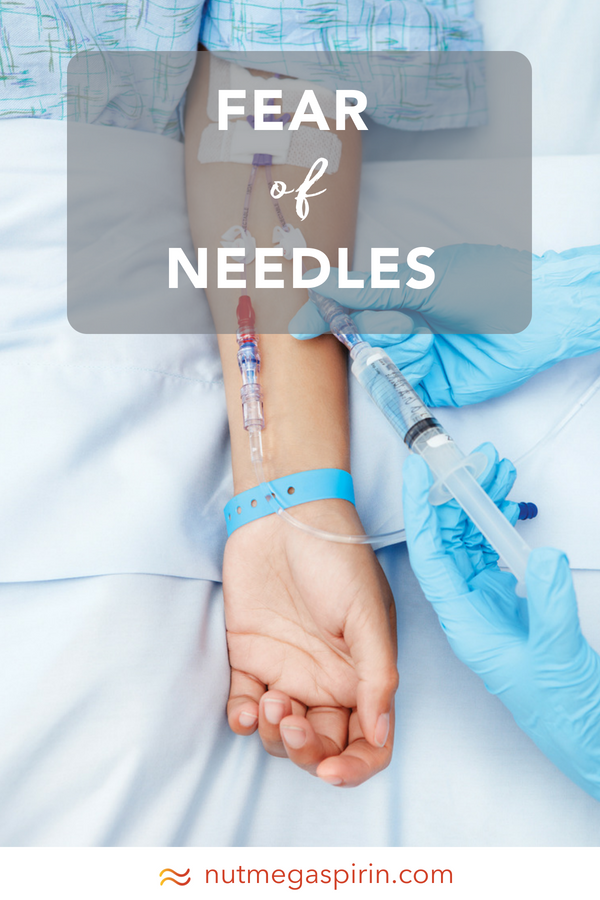 6
0
0
0
1
By Steve Sloane
175 - Explorer
Follow
I live in Ossining with my wife Melanie, who is a yoga instructor and massage therapist. I've written 150+ short stories and plays, some of which detail my complementary medical experiences and others dealing with ecology and progressive politics.

Like my father, I had a fear of hypodermic needles. When I was a little boy, crying after getting a shot, he offered weird commiseration by imitating Stinky, the sissified fat-boy from Abbot and Costello rubbing his arm and complaining “You harmed me.”

My father apologized for his real terror.  Was the aversion to needles an inheritance or prescience?  We were decades ahead of theories linking polio shots to monkey virus and AIDS, but I wouldn’t buy my doctor’s argument that a little bit of pain would be better than getting crippled for life, like FDR.

Correlations linking the feared “three in one shot” to autism were also undeveloped, but, I rejected that needle too.  I resisted medical fascism even though I didn’t understand yet, that that is what it was.  I fought “the good fight”, like an Abraham Lincoln Brigade volunteer in the Spanish Civil War.  I battled against overwhelming odds to assert my medical preference, as an American child.  I struggled with desperate intensity, against adults, civilian and medical until subdued and tortured.  I was pinched, pricked, stabbed, poisoned and stung.  My blood stream was polluted with a series of time released toxins and heavy metals.  No lollipops were offered as reward for my bravery.  I was treated like a coward or traitor, taken in tears for a sullen ride home where I was admonished for embarrassing my family.

Back in the fifties, shots were believed to be magical gifts given to us by geniuses in white smocks, and I stood out, not as a rebel or freedom fighter but as a heretical “problem child”.

From bad boy my status advanced to “juvenile delinquent” to “beatnik” and “hipster”, like Lenny Bruce.  My fear of needles protected me from advancing to the next stage, beyond Beatnik and Hipster, which would be “junky”.  I would not stick a needle in my arm for kicks.

I overcame the fear when I discovered the benefit of intravenous vitamin “C”.  With a full-blown case of flu, feeling like a junky gone cold-turkey, I volunteered my left arm and let the doctor shoot me up with vitamin C.  Within twenty seconds my sniffles cleared, thirty seconds my coughing urge subsided, my headache was gone after a minute, and my frozen bones were thawed.  “Wow, Tony.  I am cured.  This is amazing.”

“Don’t get too excited, Superman.”  Said my doctor.  His light green Italian eyes were fixed with mine. He was suppressing a tight-lipped ironic grin. I was grateful and feeling better by the minute.   It is a wonderful feeling to get what you need.

“I thought I had the flu, but I had vitamin C deficiency.”

“You could say that.”  Said the doctor.  He was feeling my pulse, still looking into my eyes and I was looking deeply into his.  It was not scurvy, but it was vitamin C deficiency in another form or presentation.  I thought to myself…or perhaps he was reading my mind.

“I know.  It is amazing.”  The doctor continued my thinking and his.  “You are not cured.  You will feel great like this for another half hour or hour, but the symptoms will return, in milder forms.  You will feel like you caught a cold and get better in a couple days.  Drink lots of fluids and get plenty of rest.  Call me if you get worse than that and I will give you another shot.”

For twenty five years after that, any time I felt a cold coming on, I would rush over to get a vitamin “C” injection.  Instead of shots, I started taking intravenous drips it in larger doses, usually fifty grams, twenty times the initial dose. I would happily sit or sleep in a recliner, with a needle in my arm, slowly soaking up saline solution, calcium, magnesium,  vitamin C, B12, zinc and glutathione.  It was invigorating and I enjoyed the side effects which included the cure of chronic allergies.

Later in life I developed cancer in several forms, most remarkably, Michael Douglas disease, HPV stage two in my throat.  After surgery, I rejected prescriptions for radiation and chemotherapy.  I had developed my own protocol which included intravenous “C”.  My octogenarian acupuncturist, who graduated from medical school in Peking in 1955, informed me that Chinese hospitals have been curing cancer patients with “C” all this time.

My oncologist/hematologist says that I am healthy.

#vitamin c #HPV #needles #Cancer #intravenous vitamin C
By Steve Sloane
175 - Explorer
Follow
I live in Ossining with my wife Melanie, who is a yoga instructor and massage therapist. I've written 150+ short stories and plays, some of which detail my complementary medical experiences and others dealing with ecology and progressive politics.
6
0
0
0
1

Yes, large doses of Vit. C, such as up to100 Grams or more, intravenous, act as Pro-oxidants. This stimulates the production of H2O2 as well as other downstream oxidants. The beneficial effects can be prolonged if sufficient antioxidants are also present, such as: Lipoic Acid, Proanthocyanidins, High Gamma Vit. E, Tochotrienols and Anthaxanthin which not only prolong the beneficial effects (including the production of NO), but help guard against free radical damage.

Thank you, Ron. My maintenance dosage is just 20G, but I have taken as much as 125G three times per week without side effects, except for slight chill, more frequent urination, increased energy, improved mood, and vigorous health.

Well done Steve. It's simple science really. The fact that so many people love flawed drugs to treat disease is evidence of their pathology, not a reflection of what works. Glad to see you found a way through! :)

Like Reply
By Mara Landis
1445 - Community Leader
4 years ago

I got a vitamin infusion yesterday to help me with a really bad cold and it is magical. I am back to myself today!!!!

I always enjoy reading what you write!

Do you have a story to tell?

If you'd like to contribute to Perspectives, please review our submission guidelines.

Welcome to the Nutmeg Aspirin community!
We just sent you a confirmation email. Please follow the link in your email to get started.
We’ve sent you an email. Please follow the link to reset your password.
Thanks for subscribing!
Cookie files. The site uses Cookie files and other similar technologies. If you read and remain on the site, it means that you consent to the use of these technologies
Ok More