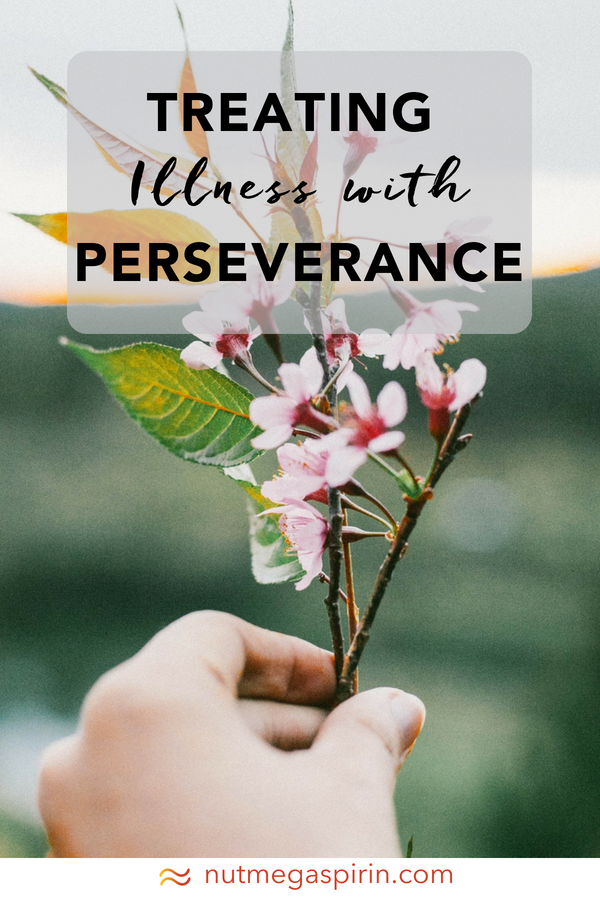 I'm a journalist and the author of the book "The Other Side of Impossible: Ordinary People Who Faced Daunting Medical Challenges and Refused to Give Up." You can find me at my website: susannahmeadows.com

When my son Shepherd was three years old, he started walking with a limp. By the time he was diagnosed with juvenile idiopathic arthritis a month later, he was having trouble getting out of bed.

We saw the top doctors in New York City. They told us that while there was no cure for our son’s condition, there were medicines that could treat his symptoms – and that if we didn’t give our son these drugs, he could become disabled and, of course, he’d still be in pain. So we started him on powerful immune suppressants. But these drugs came with worrying risks, including lymphoma and liver disease. They also made Shepherd feel sick, and they did little for his arthritis pain. He would lie on the couch for several days after taking his pills, as if he had the flu every week. But this was our only option.

We heard about another mom whose son had recovered from arthritis six weeks after she stopped feeding him food with gluten and dairy and started giving him omega-3’s and probiotics along with other supplements. When I first heard about what she did, I dismissed it as froufou alternative medicine. I assumed that it couldn’t work – if it did, our doctors would have known about it. But when you watch a little guy lie on the couch day after day, it’s pretty hard to accept that that’s how it has to be. There may not have been evidence that it worked, but the other mom’s plan wasn’t risky, so we decided to try it. We couldn’t not try it.

One morning, six weeks into our diet experiment, I went into Shepherd’s room, as I’d been doing, to help him out of bed. He sprang up himself and declared, “Mommy, my knees don’t hurt anymore.”

We have no way of knowing what made Shepherd better. It’s possible the medication kicked in late. But there are compelling reasons to believe it was the diet. When Shepherd accidentally ate bread a couple of times, his arthritis pain returned almost immediately. When I dug into the medical literature myself, I found several studies suggesting that the diet we tried could have a positive impact on autoimmune arthritis. Researchers have told me that inflammation in the body can be linked to an inflammatory reaction in the gut, which can originate from a food intolerance or a decimated gut bacteria population, perhaps from taking antibiotics. We’re learning more every day about how important this population—our microbiome—is to our overall health.

We eventually took Shepherd off the medication, which we were never expected to be able to do, and still his arthritis did not come back. He’s now a happy, wise-cracking ten-year-old. He likes to draw comics, he’s in the running club, and he doesn’t remember what arthritis felt like.

The thing that may well have saved our son came from another mom. This got me thinking that there could be an answer to an illness that’s beyond the knowledge of even the best doctors – and that just because something hasn’t been proven to work, it doesn’t mean that it won’t. No one has all the answers. This seems obvious to me now, but it can be especially hard to recognize in the realm of medicine, where doctors’ expertise is so much greater than our own.

I came to believe that if you are facing a difficult health problem—or any problem—you have the choice to keep going when others say you can’t.

In addition to being a stubborn parent, I’m a journalist. So after Shepherd got better, I went looking for stories of people facing daunting medical challenges who refused to give up. What I found became my book, “The Other Side of Impossible.”

I met a physician with MS who was using a wheelchair. Available medications couldn’t do anything to help her, so she decided to try to help herself. She read through biomedical studies and came up with a plan that involved eating 12 cups of vegetables and fruit each day. Within the year she was riding a bike again.

A mother of a boy with life-threatening food allergies refused to accept that there was no treatment for her son. She moved across the country with her 3 children and 2 dogs in order to try an experimental therapy that addressed the anxiety that haunts so many children with allergies. A year later, the boy was eating everything.

I met a little girl who, starting at 3 months old, was knocked down by unrelenting seizures. She tried everything western medicine could offer and everything outside of it. Nothing worked. The seizures kept getting worse, but the girl’s mother would not give up. A decade into their wrenching ordeal, they went to see yet another neurologist who suggested an MRI. The scan revealed a brain tumor. The girl underwent surgery to remove it and hasn’t had a seizure since.

So it’s not about alternative medicine versus western medicine. I actually think those categories are useless. It’s about whatever works – and persevering until you get there. Medicine is medicine.

We can’t know if anyone else will be helped by these experimental therapies until we study them—some of that work is actually now underway. The allergy therapy has been so successful anecdotally that Boston Children’s hospital is looking at it. What’s remarkable about the people I met is that they believed they’d get better before science had shown them the way.  Whereas I lucked into hearing about a possible solution, these people were determined to solve the unsolvable.

They had an extraordinary talent for hope—you wouldn’t persist without that. I came to think of them as The Indomitables. I realize that makes it sounds like they should wear capes, and perhaps they should.

When I started my research, several of the people I spoke with hadn’t had any luck yet—that’s why I chose them. I wanted to show a range of outcomes; I didn’t want to be trafficking in false hope. I remember when I first spoke with the mother of the child whose seizures wouldn’t quit. We were sitting in her farmhouse in Washington state, drinking coffee. I felt a real connection to her and the ordeal her family had been through. At that point, her quest to find relief for her daughter had so far failed and, frankly, I did not have a lot of hope for her.

She proved me wrong when they finally vanquished the seizures. Another woman, who had severe rheumatoid arthritis, was handicapped by a painful limp when I met her. She too improved dramatically in the 2 years I followed her.

While we can’t draw conclusions from such a small sample, I wonder: could perseverance itself have an effect on recovery? If the mother of the epileptic child hadn’t kept trying, that little girl’s story would be very different today.

I reached out to Dr. Jeffrey Rediger, a psychiatrist on the faculty of Harvard Medical School, to see if he thought perseverance, that bull-headed push toward an answer, could influence our health. He told me, yes, that the mind is a huge factor in why people get better. He said that in several small, but rigorous studies looking at cancer patients, “the will to survive and the strength and commitment to one’s health seemed to be one of the central reasons why some people recovered or lived longer than we expected them to.”

This is the kind of mindset The Indomitables had. They not only sought healing, they expected it. This is the key condition for bringing about a placebo effect. We know from medical studies that the placebo effect—real healing—is likely to happen just about any time we pursue recovery with this kind of confidence. Researchers have seen patients with pain, autoimmune disease, Parkinson’s and anxiety get better when their only medicine was belief. We know very little about how and why this happens—we should be studying it more.

So, how do you come by perseverance, and its partner, hope, when it’s more reasonable to assume that you won’t succeed? To me what is as incredible as people coming back from diseases that are considered flat-out irreversible is that they thought they could in the first place.

We haven’t done enough research to know where persistence comes from, and how we can all get it, but there is a small study that offers some intriguing clues. Years ago at the University of Colorado, a group of rats was subjected to tiny shocks to their tails when they were adolescents. Half of the rats were able to stop the shocks by turning a little wheel. The other half had no means to do so; they were helpless. The researchers then followed the animals for the rest of their lives—rats don’t live very long—and found that the rats who’d had control over the shocks were inoculated for life against helplessness. When faced with difficulty down the road, these rats didn’t give up.

This seems to suggest that our early life experiences may influence whether we keep trying or not when we later come up against a brick wall.

This was not my experience. When Shepherd got sick, I took our doctors’ word for it that we’d always be dealing with this. I wasn’t hopeful that we’d find a way out of his illness. I didn’t go looking to experiment. But now, if someone in my family had an impossible illness, I’d know to get to work. I’ve learned that I’m not helpless—that we aren’t. We have some control and an enormous amount of choice in terms of what kinds of therapies we pursue.

So I’d make a long list of doctors, and I wouldn’t stop there.  After all, what the people I met showed me is that perseverance can work.

When the little girl with seizures was still struggling, I asked her mother how she didn’t get discouraged after so many setbacks. Her response was simple: “Because she’s not better yet.”

I asked the son of the MS patient what he thought drove his mom. He said, “Courage is knowing you’re licked and doing it anyway.”

I talked to the woman who developed the therapy for treating allergic children. I asked her, someone without a medical background, “What made you think you could figure this out when the best researchers hadn’t been able to?” You know what her answer was? “That’s not how I think. I think: what do I want to do?”

I'm a journalist and the author of the book "The Other Side of Impossible: Ordinary People Who Faced Daunting Medical Challenges and Refused to Give Up." You can find me at my website: susannahmeadows.com

I would love to know more about your alternative treatments for your son. Great article! Really nailed it.

Like Reply
By Susannah Meadows
15 - Community Member
4 years ago

Hi Katie, Thank you for your nice comment. If you'd like to hear more about what we did, i wrote about it at length in my book, "the other side of impossible."all the best, susannah

Do you have a story to tell?

If you'd like to contribute to Perspectives, please review our submission guidelines.

Welcome to the Nutmeg Aspirin community!
We just sent you a confirmation email. Please follow the link in your email to get started.
We’ve sent you an email. Please follow the link to reset your password.
Thanks for subscribing!
Cookie files. The site uses Cookie files and other similar technologies. If you read and remain on the site, it means that you consent to the use of these technologies
Ok More