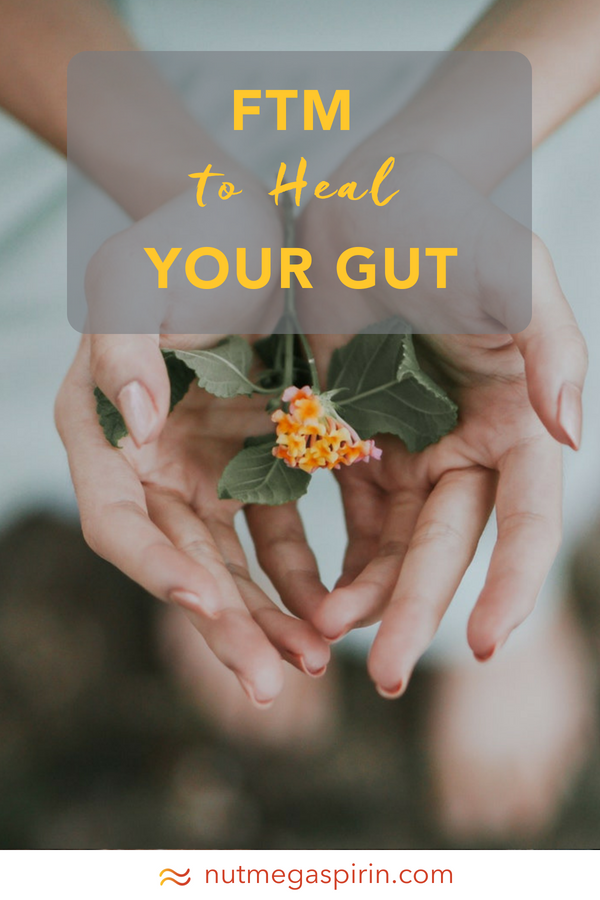 Use FMT to alter the bacteria in your gut

Unlike primitive societies, we don’t expose ourselves to lots of diverse bacteria. Because of this lack of exposure we are preventing our gut from learning how to cope with many forms of bacteria. When one type of bacterial community cannot dominate over a competing bacterial community do they conduct warfare by releasing toxins and countermeasures beyond typical antibiotics? If such is the case could this warfare result in severe gastrointestinal distress?

During the World Wars, entire cities were bombed to rubble resulting in the death of innocent civilians and the destruction of infrastructure. This was done to destabilize the opposing force by going after the resources. Taxpaying citizens, their dwellings and their workplaces, these are the primary resources required to wage and sustain a war on a macro level. As war is waged on a macro level, so to it is waged on a micro level. With introduction of antibiotics that wipe out our original balance of gut flora, citizens become infiltrated with new and unfamiliar microbial attackers.

The gut is the dwelling and workplace for much of our bacteria. Could our intestinal tract be collateral damage in large scale warfare between the original gut bacteria and an interloper? If so, can Fecal Microbiota Transplants restore order?

Also, could Fecal Microbiota Transplants (FMTs) bring disorder by introducing a bacteria contender that the recipient is not quite adapted to? In other words, are there bacteria contenders better suited to one person over another? Does ethnicity and place of origin play a role in determining the proper FMT for an individual? These are subjects requiring further research.

When European settlers first came to this country they brought diseases for which Native Americans had no corresponding immune response. More Native Americans died from disease rather than from warfare with settlers and their government. The Native American microbiome coevolved while they were mostly isolated tribes. Small tribes chose brides from neighboring tribes which increased their genetic diversity. Whereas, extremely large tribes could be more genetically isolated without fear of creating genetic bottlenecks.

It is possible that my system was exposed to foreign bacteria and my body did not have enough of the good bacteria in my intestines to win the population war over the bad guys who then wreaked havoc in my gut? Coupled with other factors, stress, and genetic components, I have experienced intense digestive distress that lasted for years.

There are three ways that the gut microbiota can be altered:

A study was published in Genome medicine 2016, which reports “Though beneficial effects of probiotics have been reported in many studies, none show an alteration in fecal microbiota composition [8].”

FMT on the other hand, causes significant changes in fecal microbiota composition [9]. What is an FMT?

One way to modify the gut microbiome is by transplanting filtered fecal matter, which contains an abundance of live microorganisms, from a healthy individual to a person experiencing a health challenge such as Metabolic Syndrome, or an Inflammatory Bowel Disease, (IBD).

FMT as a potential therapeutic has a long history. The successful practice of altering gut microbiota with FMT from a healthy to diseased individual was first recorded in the 4th century for the treatment of severe diarrhea [10].

My gastroenterologist was a part of a team who did one of the first FMTs in 1965 at Hahnemann Hospital in Philadelphia. The patient has Pseudomembranous Colitis and it was thought to be due to a staff organism. There were no antibiotics for it. The team took a stool specimen from five different medical students, diluted it with saline, and put it through the nasogastric tube and the patient got better.

After this procedure they stopped doing these effective FMTs because antibiotics were developed that were effective and able to be taken orally. However, some of these antibiotics have not been as effective in eliminating the Clostridium Difficile Infection. CDI has grown in its ability to resist most antibiotics. FMTs are being offered to patients having repeated infections after two or more courses of Vancomycin failed to get the patient better.

Why is CDI such a problem in our society right now?

CDI is growing rapidly because we have more potent antibiotics on the market now and people are taking proton pump inhibiting drugs to deal with recurrent acid reflux and to prevent peptic ulcers.

Let me explain about Proton Pump Inhibitors (PPIs). You may know that the purpose of stomach acid is to sterilize the food we intake. The job of PPIs is to to reduce the secretion of gastric acid in our stomachs. The ingestion of any of these PPIs, (typically drugs with the suffix prazole as in omeprazole, pantoprazole, esomeprazole, etc.), inhibit the proper function of proton pumps throughout the body. We do not want this inhabitation to take place, as Proton pumps produce the transmembrane electrochemical gradient that enables ATP Synthase to synthesize ATP.

Overtime we become more susceptible to diseases, viruses and other foreign bacteria. We can get very sick and infected by these invaders and that is why it is important to keep our immune systems functionally optimally, only taking antibiotics for acute conditions and if necessary.

However, most microorganisms that invade our bodies are not deleterious, most are helpful. “An estimated 100 trillion microorganisms representing more than 500 different species inhabit every normal, healthy bowel.”https://www.guthealthproject.com/why-probiotics-fail/

The benefits of healthy bacteria are: (just a few)

There are literally thousands of processes bacteria assists our bodies in accomplishing. Sightseeing on my trip to London, while changing the profile of bacteria in my microbiome through Fecal Microbiota Transplant.

I was fortunate enough to research early on and become a patient at a clinic outside of London that assisted me in reorganizing the bacterial colonies that are now living inside me that lead to improved and sustained health. But not everyone is that fortunate, some do not have the information or resources to cultivate a plan to replenish their gut with the healthiest forms of bacteria.

The explosion in genetic research and the microbiome of the human body have created new approaches to treatment and the cure of diseases once thought incurable. This procedure called FMT is part of a micro trend of treatments based on scientific discoveries native to our own biological processes that are directly extracted from biological sources. FMT is at the early stages — to work at scale, systems and methods must be created to collect, purify, and prepare fecal samples from thousands of donors. Most donor stools are unusable with only 3% of the tested passing the rigorous screening process.

FMT represents a $9.2 Billion market, and can be used to treat twenty-seven distinct diseases all of which are currently being studied world-wide through clinical trials.

What are some of the diseases and conditions that are being clinically studied using FMTs?

Where can you get an FMT?

You can receive a FMT from your Doctor or if you sign up and are accepted to participate in a clinical trial. Your Doctor obtains the filtered stool from a professional stool bank. There is not one suffering person that I have spoken with on my FMT support group on Facebook that wouldn’t prefer to have their FMT done by a doctor and their treatment coming from a stool bank, instead of taking the risk with a DIY version and the unproven stool of a loved one. Do yourself a favor and do your research thoroughly please!! Talk to as many people as you can who know where the best doctors are and how stool banks screen their donors. This is your body, treat it with the utmost respect.

Happy and thriving with my new found Gut Health.

If you like what you read, follow me on Instagram www.instagram.com/b3health where I share photos, stories and videos and the latest news on health and human performance. You will hear questions from the community from folks who are having gut dysbiosis and considering having the transplants or others like myself who have already had them here in a group I manage on Facebook: You are welcome to join with this link

Kerri Affronti writes about health and the science of human microbiome. Learn more about Kerri at http://www.kerriaffronti.com/