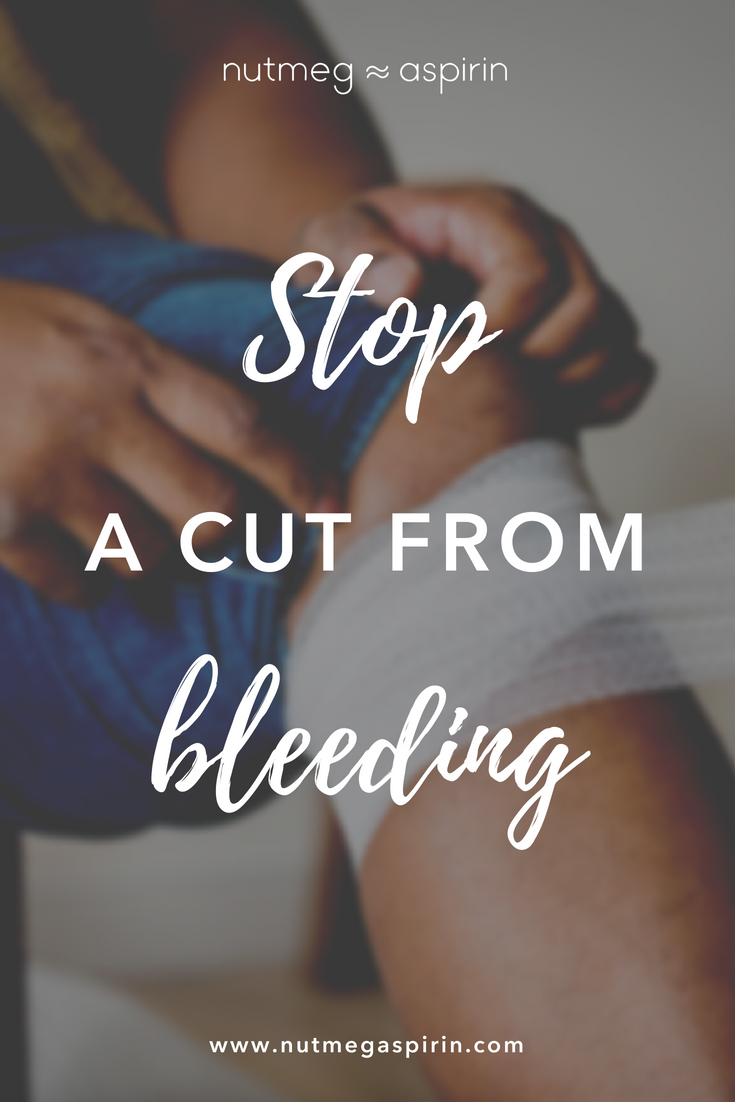 Stop a cut from bleeding

Get a brown paper bag. Cut a thin strip long enough to go twice around the cut Wrap the strip around the cut and hold it with pressure for a few minutes. It usually will stay on by itself or tape it.

Then take off the paper. Voila. The blood coagulates and no more bleeding.

When I was about 7 years old my mother asked me to open a can of planters peanuts that had one of those “pull off ring tops”. As I pulled, the thin metal top sliced across 3 of my fingers. The cuts weren’t that deep, but were bleeding profusely....and of course I was hysterical. One of mothers guests ran to the pantry, grabbed a brown grocery bag, ripped off  3 strips and wrapped each tightly around each finger and told me to relax and sit still. Since the cuts were fairly deep, the first wrap had to be removed and a second round applied. After about 10 minutes, the bleeding had completely stopped. Hands were washed, bandaids applied and nuts were eaten