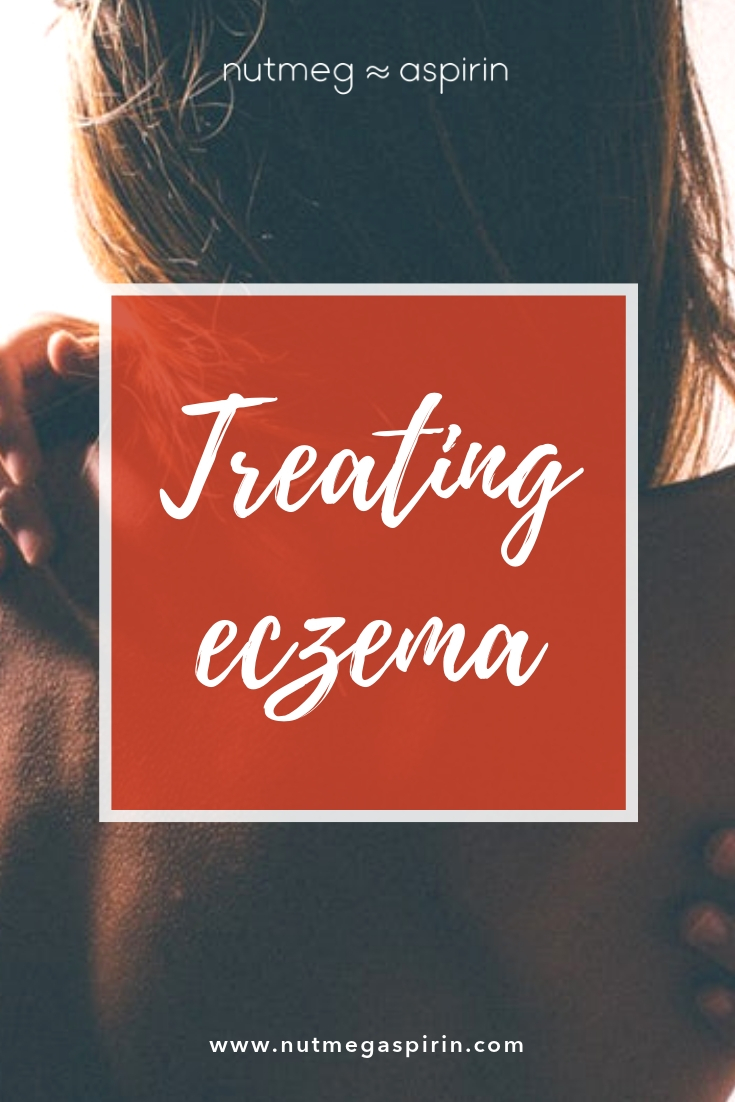 4) Bacitraicin for any open sores caused by itching

My son, who is now 20, has suffered from eczema flareups throughout his life beginning when he was an infant. Identifying the cause, other than a genetic component, and finding the best treatment for him has been a 18 plus year pursuit. I've taken him to multiple doctors, allergists, dermatologists, internists, environmental medicine doctors, etc only to find that some of the treatments helped moderately, but in the long term the treatments weren't as effective. I also was not convinced that there were not negative consequences to using some of these creams, steroids and antihistamines (Atarax, Benedryl) on a long term basis.

Last March, while in college, I got a call from him that his eczema had flared up so badly that he was thinking of leaving school for the semester. He was so itchy that he was taking Benedryl 3-4 times daily, Atarax at night and smothering his body with the creams doctors had given him, yet nothing was working. He was so exhausted from the oral medications that he was taking, he wasn't able to focus or attend classes. As a result of all of this, he was mentally beaten down/depressed and physically uncomfortable. I told him to get on the train and come home immediately.

The next day I took him to yet another new doctor we had never seen before and who specialized in eczema. She took a few minutes to look at his skin, ask him some questions and then gave her treatment recommendation. Within days it was like he was a new kid with a new lease on life. More importantly, his skin was better than the day he was born. I hope this regimen helps anyone who suffers from eczema.

4) Bacitraicin for any open sores caused by itching

Has he tried changing his diet? I had terrible eczema and tried all the steroid creams etc without much luck. Following my acupuncturist's advice, I stopped eating anything that contained sugar or yeast and my eczema cleared up! (Takes willpower, but it's worth it.)

I have a friend whose kiddo is really suffering from eczema (it actually led to alopecia). I'm going to send her this + your advice on dropping sugar/yeast.

:) here's the extended story on my experience with eczema and how avoiding sugar/yeast cleared it up: http://beta.nutmegaspirin.com/possibility/show/changing-my-diet-cleared-up-my-eczema-1