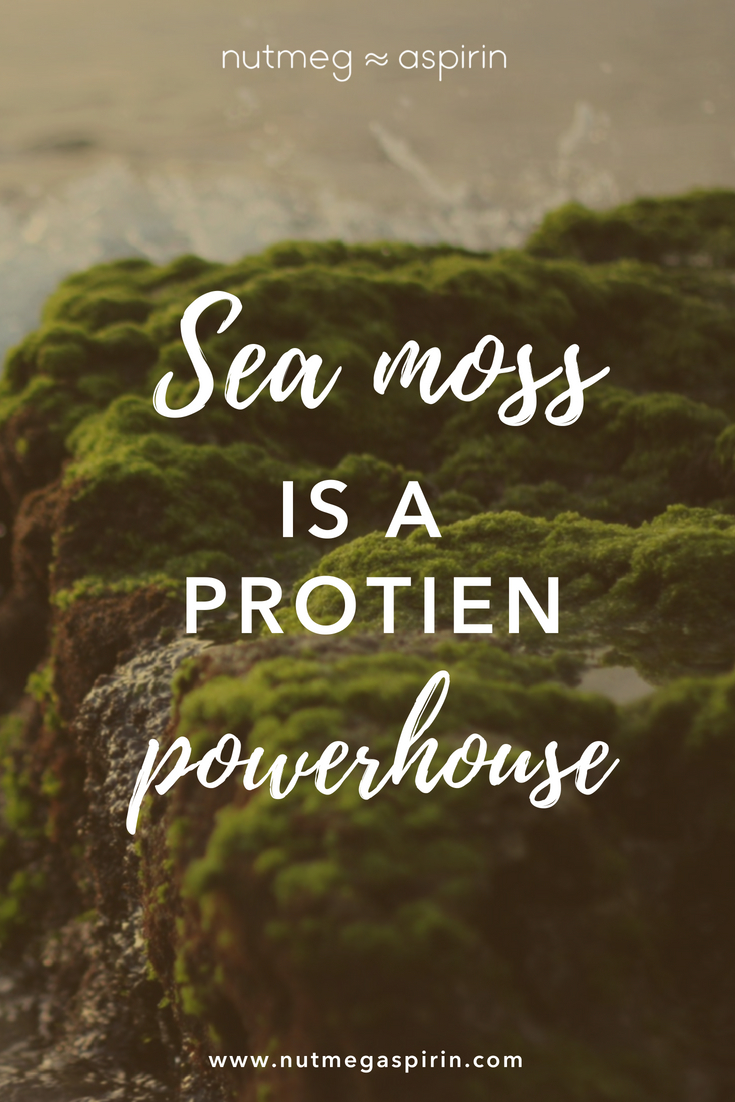 Sea Moss is a Protein Powerhouse with Many Other Benefits!

By Jamie Ferrell
940 - Ambassador
Follow
A writer, yoga teacher, EFT practitioner, and mother, Jamie lives and breathes helping others feel, get, and be better. A former MindBodyGreen contributor, she writes to create connections in the shared experiences of the human condition and to share ways to be more fulfilled. You can find more of her work at jamieferrell.com

Sea moss has incredible benefits, ranging from thyroid support to inflammation control and infection fighter. (Google the full list of benefits – it's impressive!) Sea moss is also an excellent form of plant-based protein, and hey, the locals in the Carribean swear that it's an aphrodisiac that also helps with stamina! You can eat sea moss raw, dried, cooked, or blended into smoothies. My preferred method is to make it into the traditional Carribean drink, Sea Moss Punch, with a healthy twist.

Blend a handful of dried sea moss with unsweetened almond milk, cinnamon, nutmeg, ice, and local raw organic honey to taste – if you want to enhance the aphrodisiac quality, throw in a shot of rum like a true islander! :)

I lived in Saint Lucia on and off during 2014, and the first time I learned about sea moss, I had just finished a workout and was looking for a drink to quench my thirst. I wandered into a small convenience mart, and lo and behold, saw a small glass bottle filled with a creamy white drink. The label was totally endearing – it was a cartoon of both a man and a woman flexing their muscles, and they both looked like body builders! I correctly assumed this was a protein drink, but I was very surprised to learn that the star ingredient was sea moss – something I'd never heard of before.

I asked one of my neighbors, a native Saint Lucian, to explain the sea moss deal to me. She informed me of the many benefits, and then she took me on an adventure to retrieve our very own sea moss! Machetes and large bags in hand, we walked through undeveloped terrain to find a remote place on the coast. Wilbertha showed me how to cut the sea moss from under the water and placed it into the large bags we brought with us. Once the bags were full, we headed back to begin the process of drying out the moss. Simply enough, you place it out in the sun for a few days, and when it's nice and dried out, you proceed to make it into the infamous sea moss punch. Don't worry if you're not near the ocean – sea moss can also be bought in health food stores (after it's been made into powders) or on online retailers like Amazon. Enjoy!

##inflammation ##libido ##immunitybooster ##seamoss ##protein
By Jamie Ferrell
940 - Ambassador
Follow
A writer, yoga teacher, EFT practitioner, and mother, Jamie lives and breathes helping others feel, get, and be better. A former MindBodyGreen contributor, she writes to create connections in the shared experiences of the human condition and to share ways to be more fulfilled. You can find more of her work at jamieferrell.com